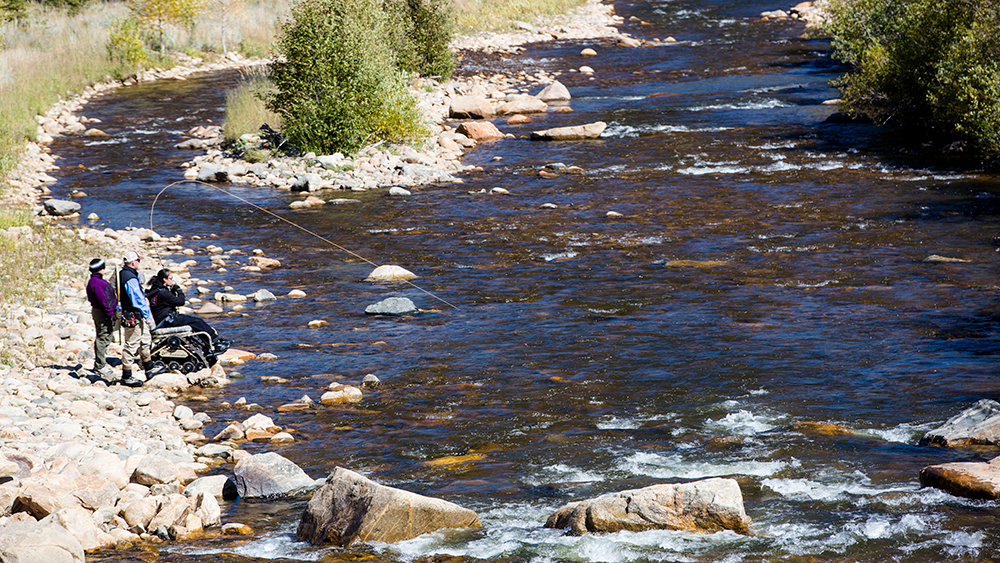 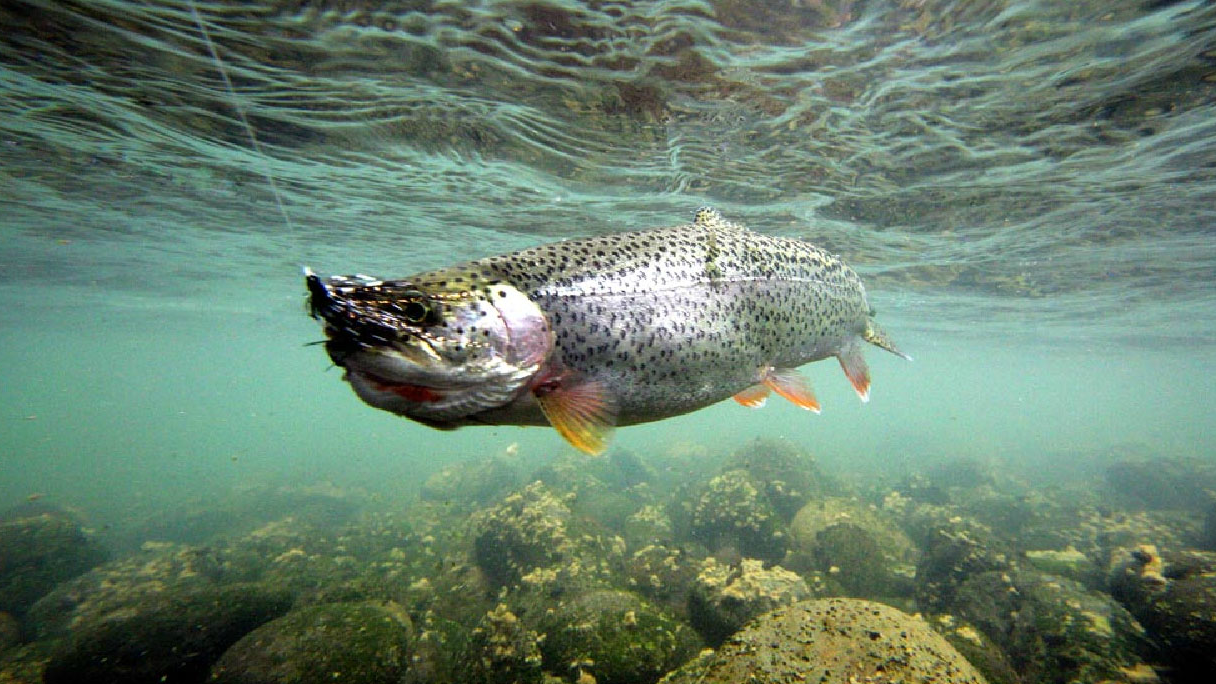 Anglers of Honor was founded by Robert F. Smith and Matthew Burkett, two entrepreneurs with the ability to envision a future of what was invisible to others. Based in Colorado, Anglers of Honor is a charitable organization that strives to make therapeutic fly fishing opportunities available to individuals with physical disabilities and their families. We aim to fulfill our mission through preservation efforts and unique programming all across the front range.

With over 45,000 soldiers injured in Iraq and Afghanistan during the last decade, some families and communities are struggling to cope with the severe emotional and physical injuries sustained by our dedicated servicemen and servicewomen. Life can be uniquely difficulty for these veterans. Fly fishing has proven to be an incredibly therapeutic tool in restoring physical function and recreating lives, and Anglers of Honor is humbled to assist in the process.

Anglers of Honor works directly with veterans with disabilities and their families to aid in their recovery and acclimation to life after active duty. We also work with individuals suffering from spinal cord and traumatic brain injury to provide accessible and therapeutic fishing opportunities. Through the Anglers of Honor program, participants and their families learn the basics of fly fishing which they get to put to immediate use on premier private fly fishing water, restored to allow access for individuals with disabilities.

“I recently called a client who attended an Anglers of Honor trip. His wife usually answers the phone for him because he has Alzheimer’s, TBI and PTSD. He’s a Bronze Star with Valor recipient who is usually reserved and very much to himself. This day, however, I could hear him laugh – happily, playfully, carefree. It was an amazing moment because before his recent fishing trip, he did not have days like this. What a positive impact on the lives of not only the veterans, but his family as well, and in just a short time!” 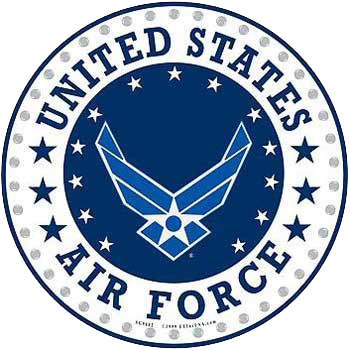 Leave it all behind 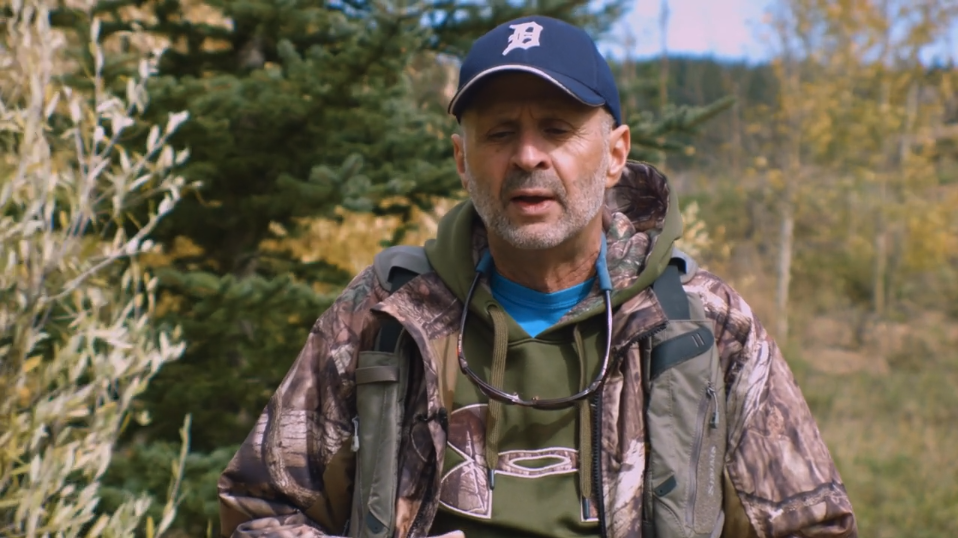 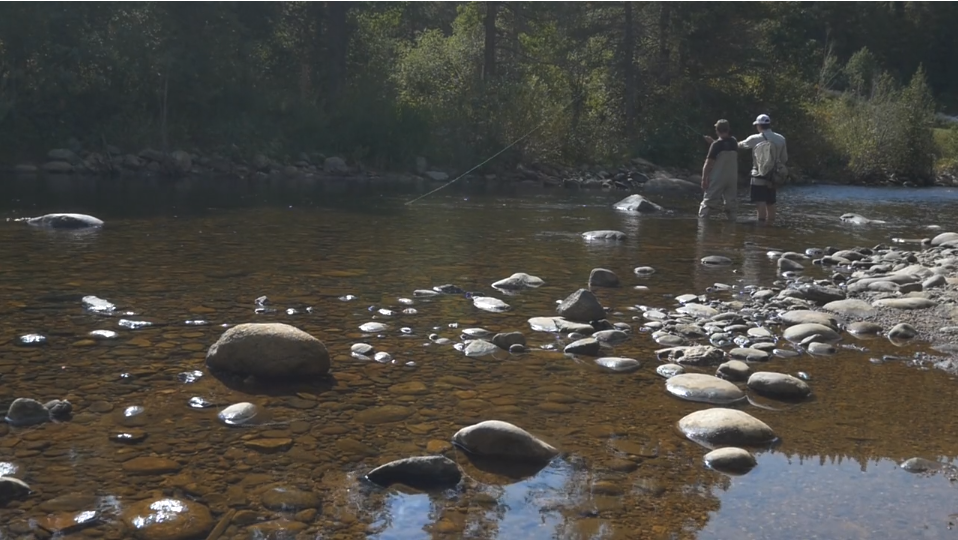 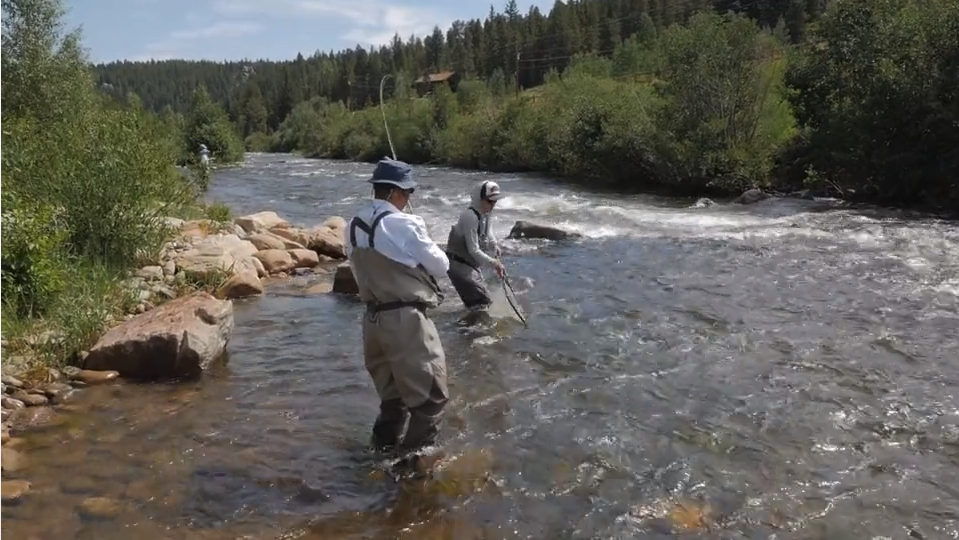 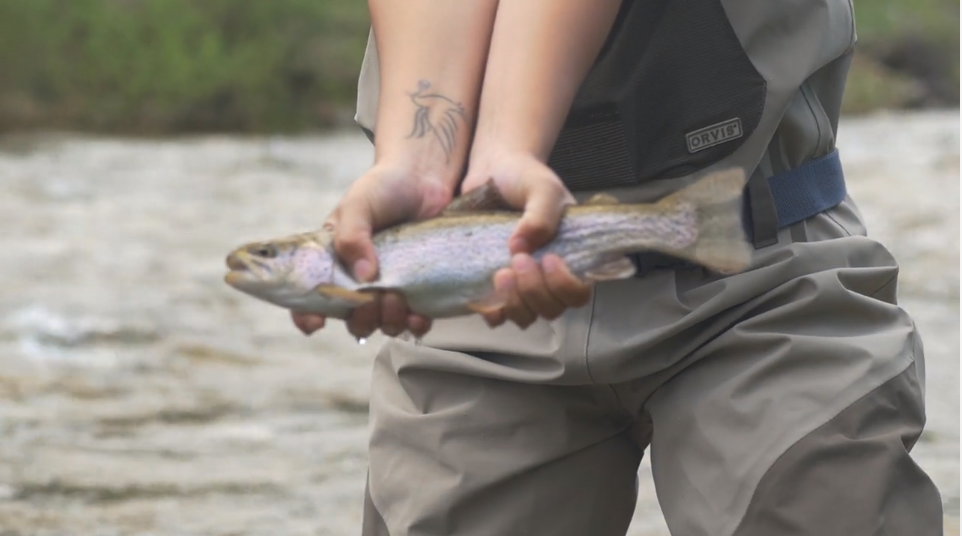 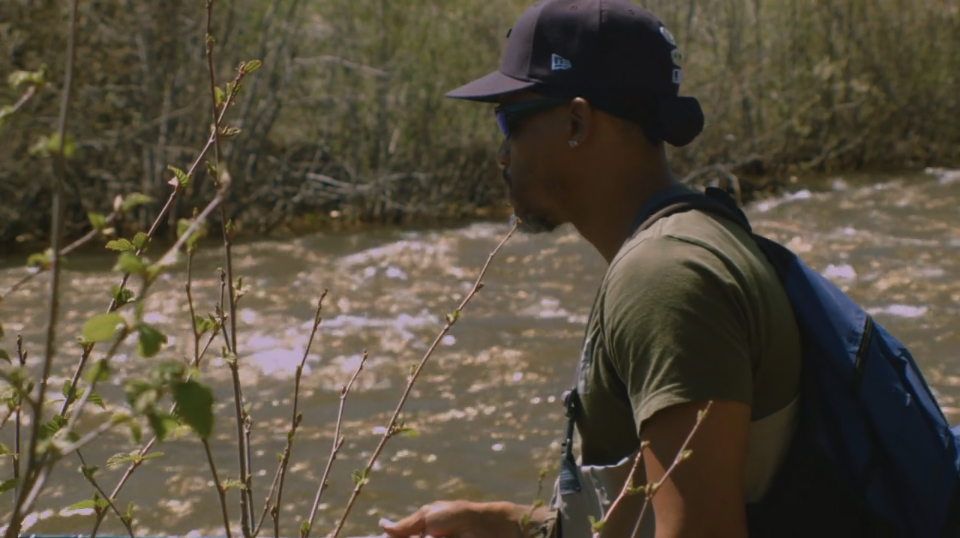 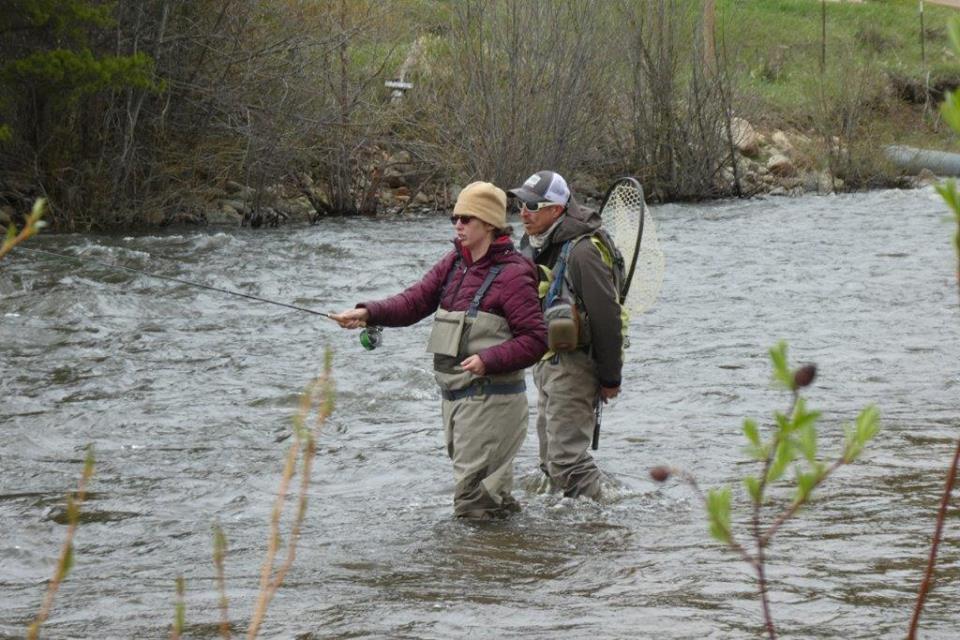 This outing was cancelled due to weather. Hosted by: River Deep Foundation 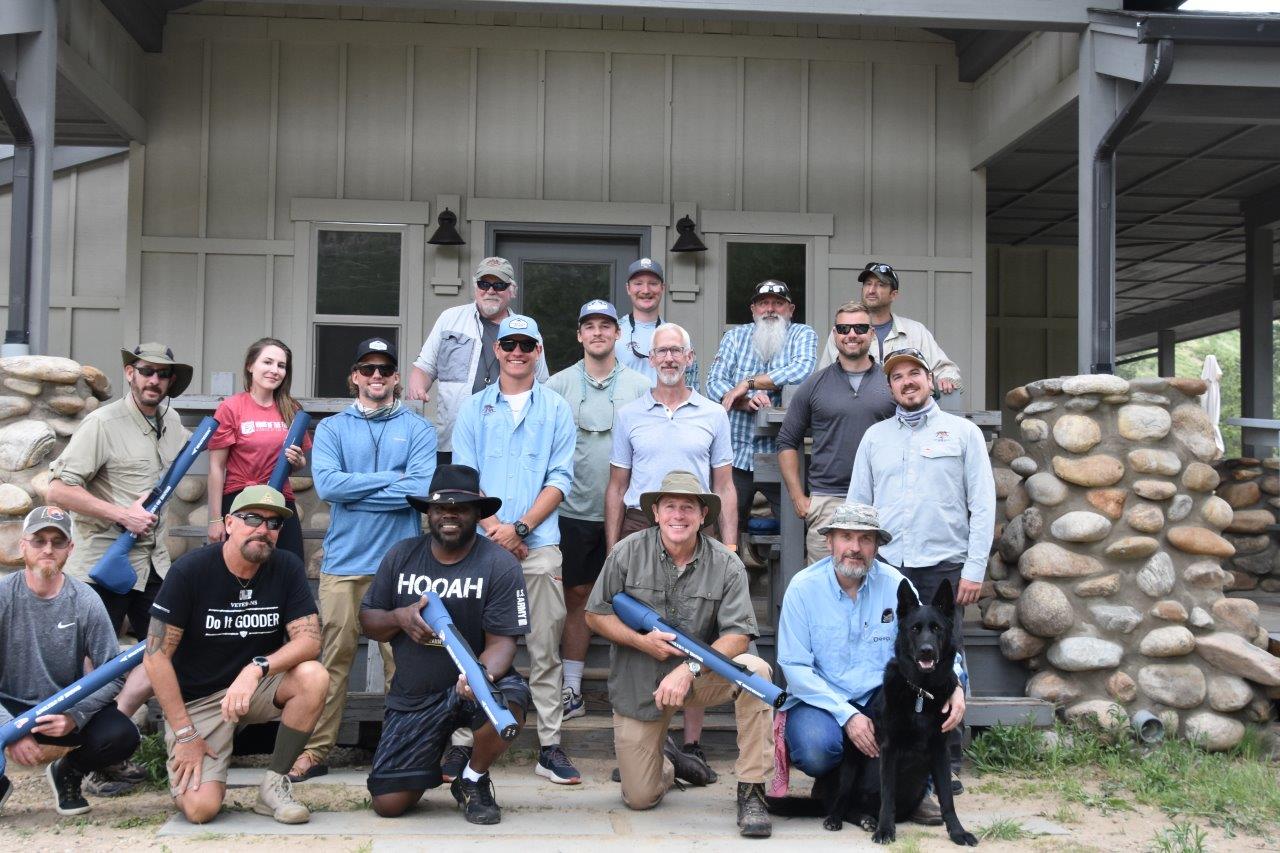 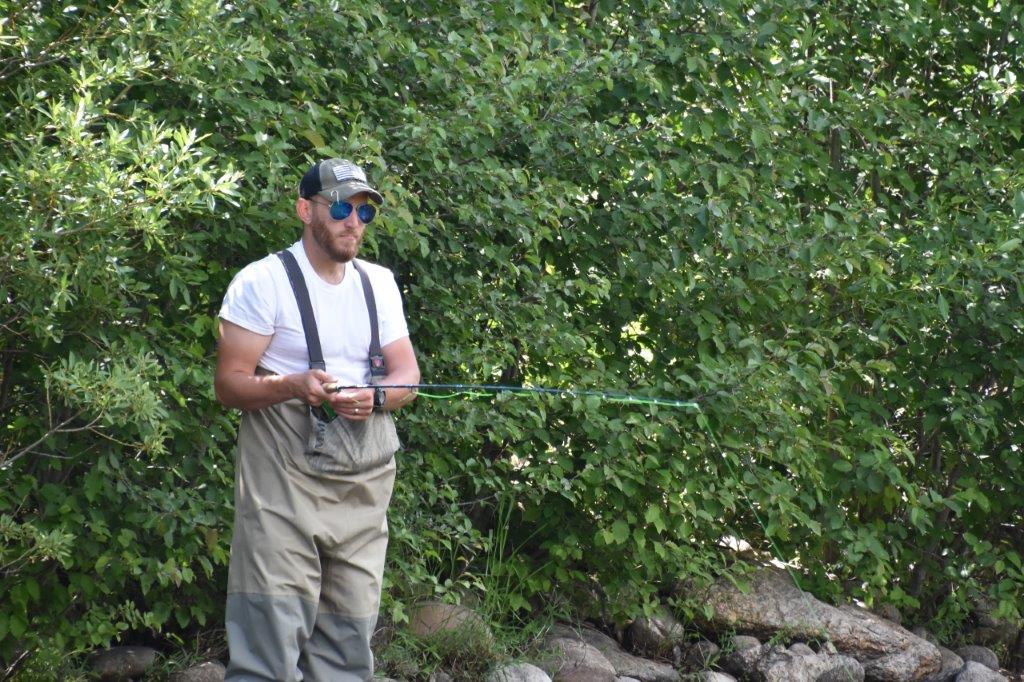 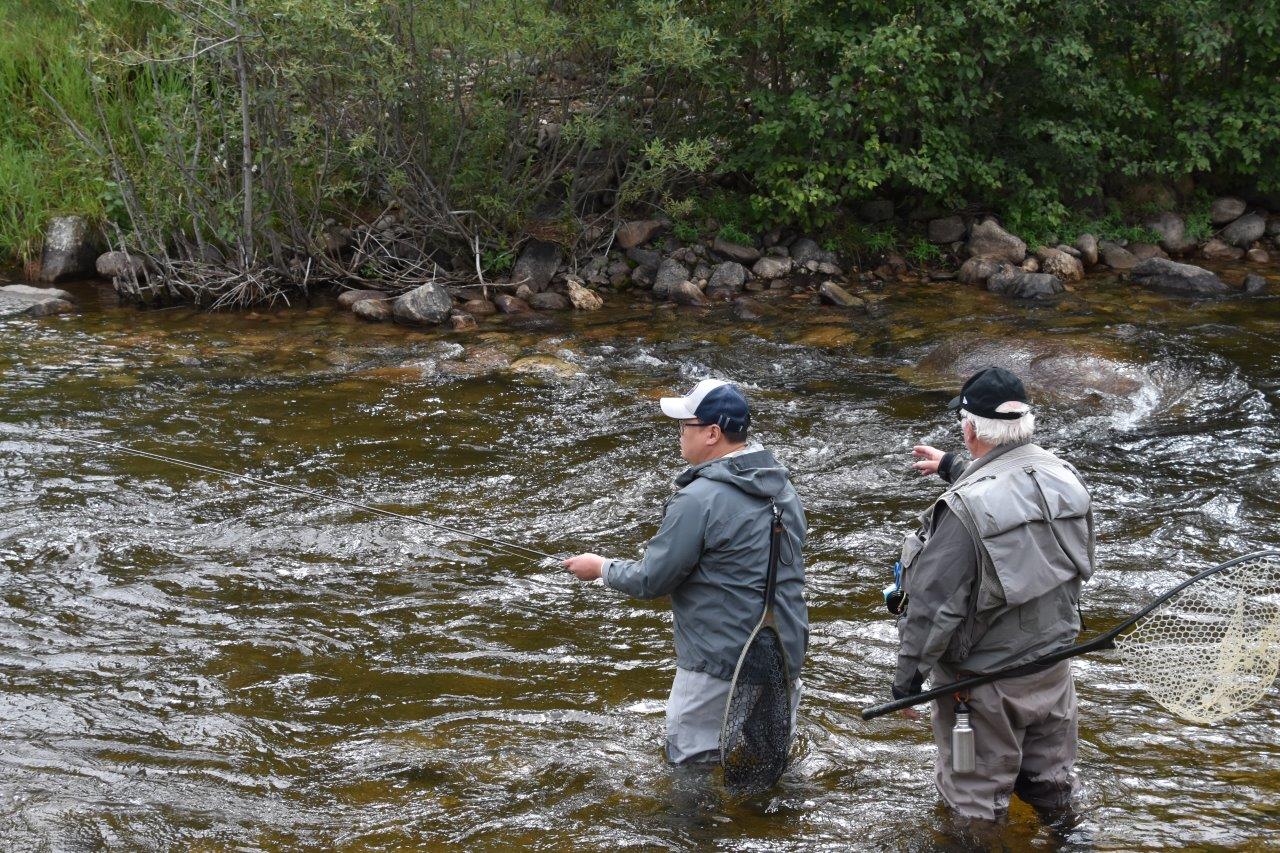 Hosted by: River Deep FoundationLocation: Lincoln Hills Fly Fishing Club- Black Hawk, COParticipants: Craig Hospital, VA, Operation TBI Freedom, Ft. Carson SRU The fishing report for the day’s outing was excellent and we have a group of enthusiastic participants! Many are new to fly fishing so we started by going over the fundamentals with the... 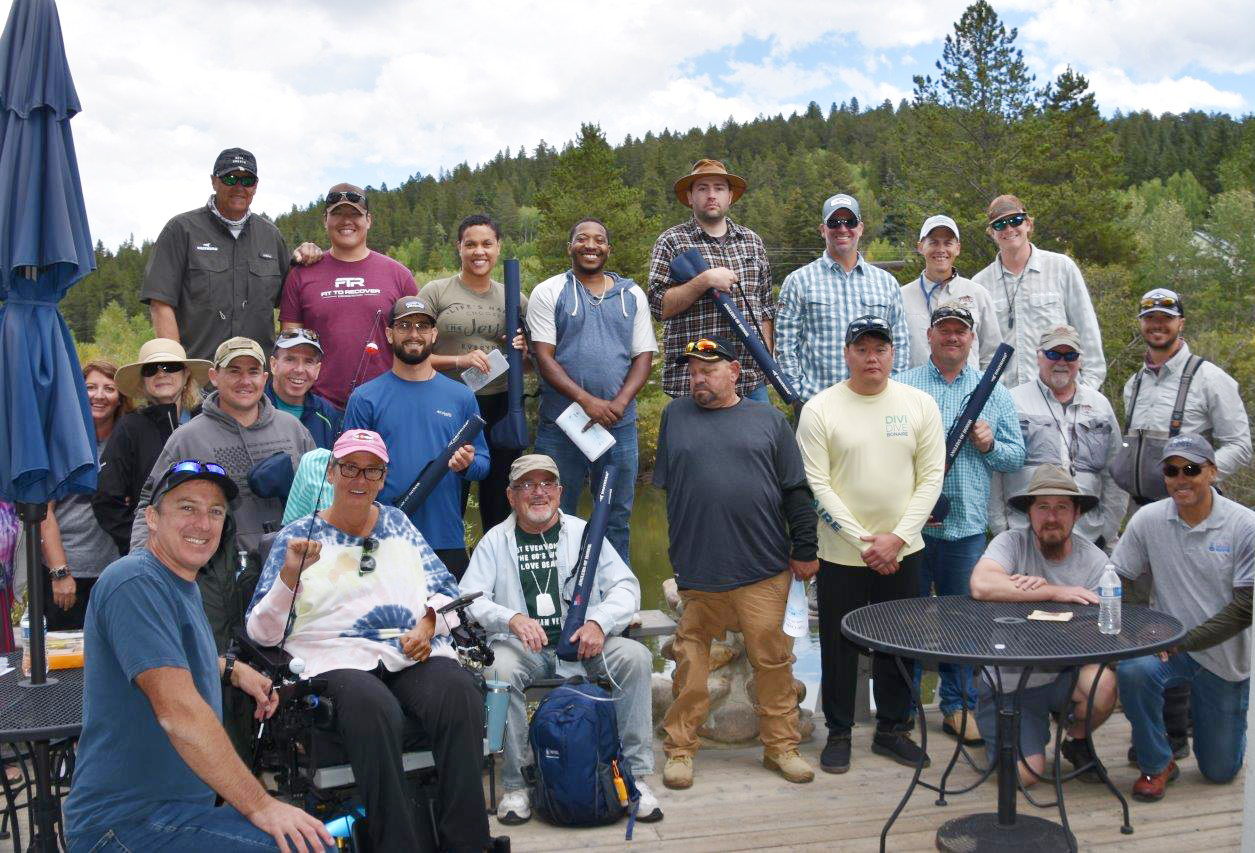 Hosted by: River Deep FoundationLocation: Lincoln Hills Fly Fishing Club- Black Hawk, COParticipants: Craig Hospital, VA, Ft Carson SRU, Operation TBI Freedom It is a beautiful fall day to be fly fishing on the creek and ponds at Lincoln Hills. Most of the participants are new to fly fishing so we start with the fundamentals—gear,... 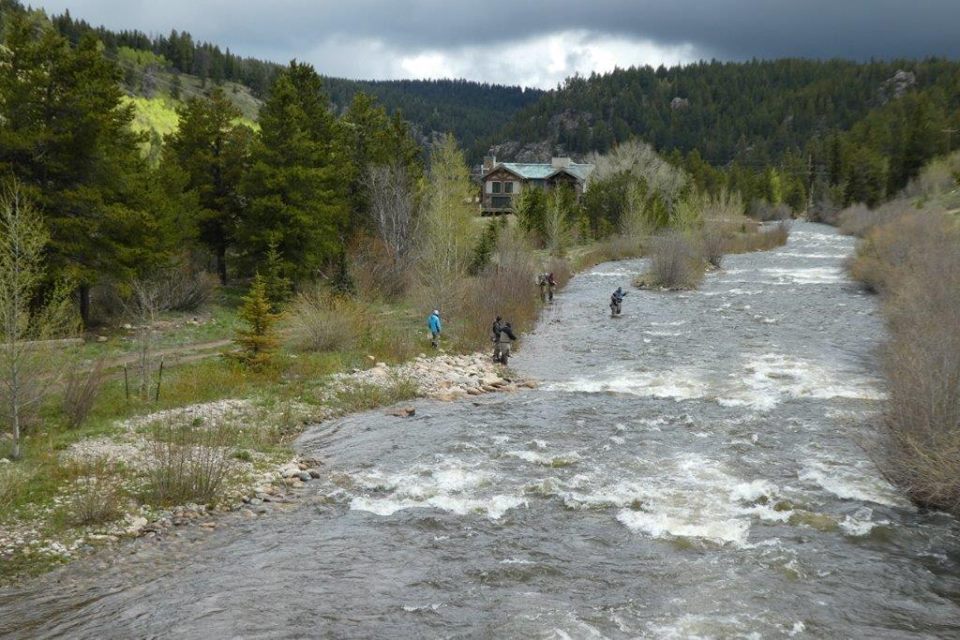 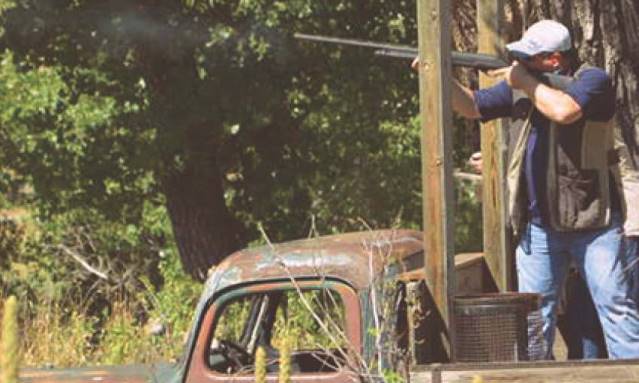 Multiple fundraisers provide needed support for the Anglers of Honor and additional programming for our veterans. Please visit the following page for the latest information https://www.riverdeepfoundation.org/. See the support tab for the latest events.

Founders, Staff, & Board of Directors 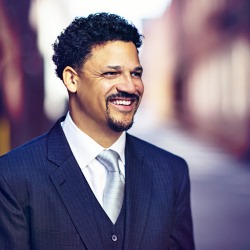 Founder, Chairman, and CEO of The Flyfisher Group

As Founder of The Flyfisher Group, a consulting and holding company, Matthew Burkett is driven by his mission to enrich the lives of American’s of all ages and ethnicities, especially those in the Denver, Colorado area. Burkett, a businessman and community leader, works to advance social change through The Burkett Family Foundation initiatives, as well as Lincoln Hills Cares and Anglers of Honor, both of which he founded with Robert F. Smith.

A long-time champion of innovative ideas that empower communities to heal and to achieve, Robert F. Smith, Founder of Anglers of Honor understands the power of the outdoors to transform and connect disenfranchised communities. As Founder, Chairman and CEO of Vista Equity Partners, Smith directs Vista’s strategies all while leaving his philanthropic footprint in the world. Smith was introduced to the majesty and tranquility of the wilderness as a child in Colorado by his family who have lived in and explored the state for four generations. For Smith, spending time outdoors with his parents helped him to make vital family connections and to realize his sense of place in the world. 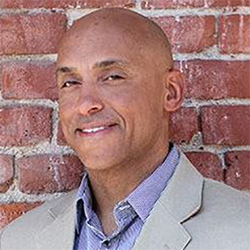 J.R. is an outdoor enthusiast and enjoys skiing, camping fishing and hiking. He has worked with other non-profit organizations in building capacity for participants and developing programming. He earned a Master's Degree in Sports & Recreation Management from Northeastern University. 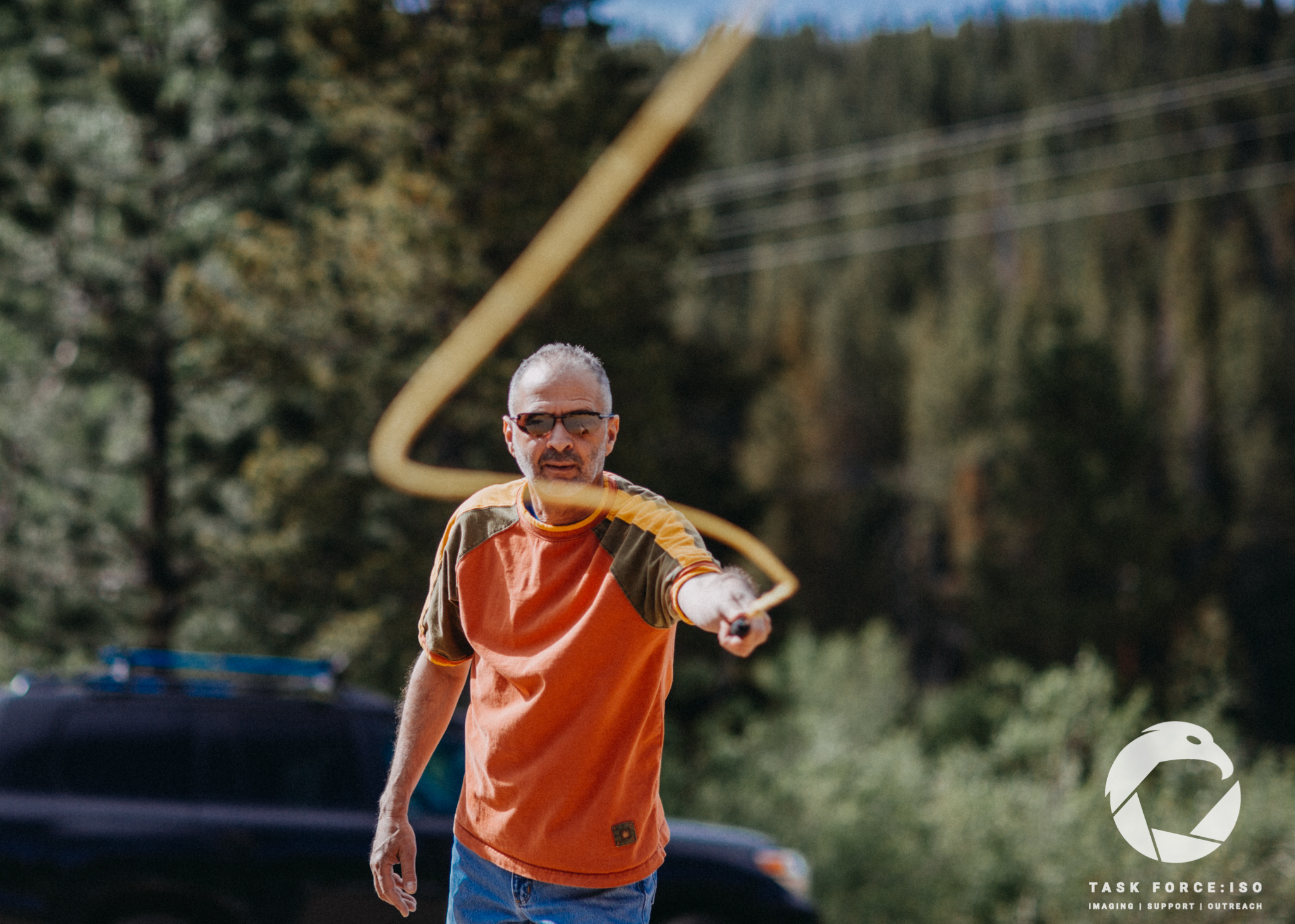 Over the last 15 years Bob Adwar has help organize almost 300 outdoor adventures including Pheasant, Duck, Big Game Hunts and Fly Fishing outings for wounded war veterans and others with severe injuries. He began his involvement working with patients and alumni of Craig Hospital—one of the best in the country for treating Spinal Cord and TBI injuries—while serving on their board. During his service on the Board of Directors for Safari Club he expanded the outings to include wounded veterans from Operation TBI Freedom and Freedom Hunters and also serve on their advisory committees.

As a Colorado native, Ethan fell in love with the outdoors and natural sciences at a young age. By high school he was an avid fly fisherman and he knew he would need to find a way to work in field that combined his love for the outdoors, science, and other people. Ethan earned his bachelor’s degree from the University of Northern Colorado. 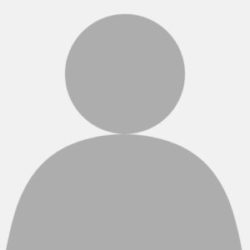 Allan Smith is the founder and owner of multiple enterprises with activities in several international locations. As an independent management consultant of his own firm, Invictus Management Consulting Ltd. he has directed the conception and successful completion of several multi-million-dollar luxury residential and commercial development projects. Prior to founding Invictus, Allan was Director of Gaming and Hospitality Division for a large Las Vegas based general contractor. Allan has also served in several senior management positions for other general contracting, development and construction management firms in Las Vegas and Colorado, completing projects in commercial, residential, healthcare, and educational markets for both public and private clientele. 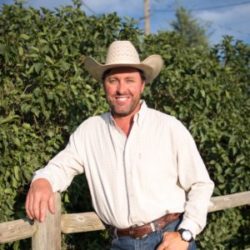 Russell was introduced to the world of hunting at the young age of 5 years old when his father gave him his first BB gun. He grew up exploring the ranch, tracking game, and learning about the outdoors. That love for hunting and the outdoors has become a career for the past 14 years. Along with his family he runs Colorado’s premier dog training facility and upland bird club. He is also a licensed outfitter and spends his falls guiding big game hunts in eastern Colorado. While hunting is his livelihood he’s passionate about educating and encouraging new hunters. He teaches hunter safety for the state of Colorado and has sponsored youth hunting events for several organizations. He believes that today’s modern sportsman needs to be an advocate for hunter’s rights, conservation and involved in education in order to continue our hunting heritage.

Chuck Williamson served 17 years in the Army and was medically retired as a Sergeant First Class. Chuck was first deployed as a tank driver during Operation Desert Storm. For the first 9 years of service, he was an Armor Crewman and held every position on a tank: loader, driver, gunner and tank commander. During this time, he held several leadership positions, to include Head Cadre – instructor for the Individual Readiness Training for Bosnia rotations, as well as Platoon Sergeant in charge of 15 soldiers where he held hand receipts and was responsible for equipment in excess of 3 million dollars. Chuck conducted Recruiting Duty and eventually retired from the Army as a Recruiting Station Commander, in charge of 6 recruiters. Chuck received many awards, badges and ribbons, to include the following: Meritorious Service Medal, Army Commendation Medal (2), Army Achievement Medal (4), Army Superior Unit Award, Army Good Conduct Medal (5), National Defense Service Medal (2), South West Asia Service Medal with Bronze Service Star, Global War on Terrorism Service Medal, Humanitarian Service Medal, and Army Recruiter Badge – gold with 3 Sapphire Achievement Stars and Recruiter of Excellence Award from the Chief of Staff of the US Army. He also achieved the Recruiter Ring and the Glenn E. Morrell Medallion. Chuck has been involved with the SCIHop program since 2013. In 2016 and 2017, he volunteered with Rocky Mountain Hyperbaric Institute (HBOT), helping with the Vets going thru their program. He also helped coordinate with the vets to attend various SCIHop events. Since 2017, he has been volunteering with SCIHop and River Deep. Chuck is the the lead, point person for the SCIHop and River Deep Vet-to-Vet Mentor Program and serves as Development Coordinator.

We are always looking for support through donations, volunteers, or by just spreading the word. Please click the Donate button below. You will be routed to the QGiv website where you can use your credit card to contribute to this program. Want to volunteer? Shoot us an EMAIL we are happy to answer any questions you may have and we look forward to speaking with you. Please allow up to 48 hours for an email reply. For up to date info on happenings at Lincoln Hills, see out Events section and follow us on FACEBOOK. 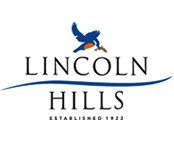 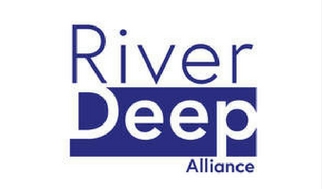 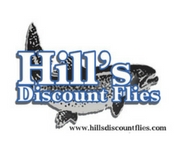 Please fill in all of the required fields
TOP